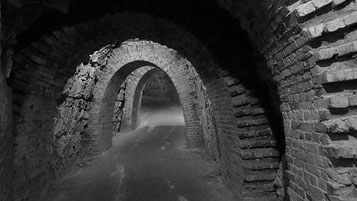 Kent Paranormal will be attending an event run by Essex Ghost Hunters at Fort Amherst in Chatham Kent on August 20th 2016. Fort Amherst, in Medway, South East England, was constructed in 1756 at the southern end of the Brompton lines of defence to protect the south eastern approaches to Chatham Dockyard and the River Medway against a French invasion. Part of the site chosen included a chalk pit with a number of caves. These caves were extended between 1776 and 1805 to provide an underground labyrinth of tunnels, protected under ground gun positions and protection in the event of a siege. On the walk around, the tunnels are well lit and gives you a sense of security, but be warned that when the lights go out this feeling soon changes. Most parts of the Fort are so dark that you cannot see your hand in front of your face.