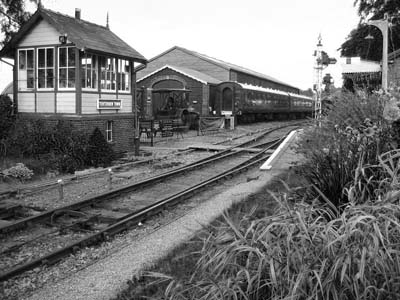 Kent Paranormal is attending a paranormal investigation hosted by Ghost Hunter Tours on 31/03/18 at Tenterden Steam Railway Station. The earliest plans for a railway for Tenterden were made in the 1850s. The South Eastern Railway proposed that their Ashford to Hastings line should pass through Tenterden but a more southerly route through Appledore and Rye was chosen in 1851, largely through military influence. In 1855, 1864, 1872, 1876, 1882 and 1895 plans to build a line to Tenterden from either Headcorn or Paddock Wood were proposed but all failed to materialise. In 1896, new proposals were put forward to construct a railway from Robertsbridge on the Tonbridge-Hastings line to Tenterden. These were authorised and Holman Fred Stephens was appointed to engineer the line as a light railway. The Rother Valley Railway, as it was initially known, was the first line to be built under new legislation that encouraged the building of such cheaply constructed lines in remote rural areas. Staff at the location have reported ghost sightings, shadow figures and many strange happenings over many years right across the site so well worth a visit