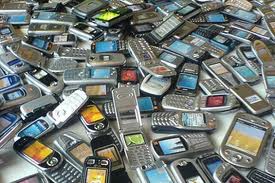 A paranormal expert in Britain has claimed that ghosts are trying to contact the living through mobile phones, with the number of mystery calls attributed to them rising by 43 percent in the last four years.Phil Hayes, a spectre investigator from Paranormal Research UK, believes a third of all haunting are now through mobile phones.”There is evidence to suggest that ghosts can use phones to communicate, with reports of people receiving phone calls from deceased relatives,” the Sun quoted Hayes as saying.According to him, the calls often feature heavy static and the voice sounds faint and distant, and nine in ten show as “withheld number” or “000000000000” on caller ID. Statistics show two thirds of all paranormal phenomena feature sounds, with just 20 percent being actual sightings of ghosts and 15 percent based on smell.The study by Tesco Mobile revealed Paranormal Research UK have seen a 70 percent upsurge in paranormal evidence in the last year due to people using their phones.”We’d recommend those brave enough to capture any spooky sightings should MMS or email their pics to the paranormal society for investigation,” Lance Batchelor, CEO of Tesco Mobile said.”Keep your camera phone on the highest quality resolution setting and use the recorder to capture the noise of any spectral sounds,” he added.