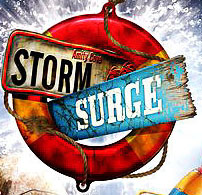 A new ride at one of the country’s biggest theme parks has been moved after fears that it had disturbed an ancient burial ground, prompting paranormal activity. Workers creating the water ride at Thorpe Park in Surrey for the new season said they started noticing ghostly sightings nearby, including what appeared to be a headless monk. There were reports of objects being moved, workers feeling like someone was watching over their shoulders and sudden cold feelings being experienced. A paranormal detection agency was called in to carry out tests and found that an ancient burial ground or settlement could have been disturbed.Managers at the park decided to relocate the ride to another area of the park and also called in a forensic team to carry out further investigations.

Grabbed From The Independent Newspaper