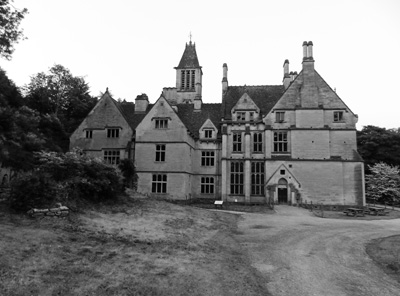 Kent Paranormal is attending an investigation hosted by Dusk Till Dawn Events at Woodchester Mansion on Saturday 28/05/16. Woodchester Mansion is an unfinished, Gothic revival mansion house in Woodchester Park near Nympsfield in Woodchester, Gloucestershire, England. It was formerly known as Spring Park.The mansion was abandoned by its builders in the middle of construction, leaving behind a building that appears complete from the outside, but with floors, plaster and whole rooms missing inside. It has remained in this state since the mid-1870s. The mansion’s creator William Leigh bought the Woodchester Park estate for £100,000 in 1854, demolishing an existing house on the site known as “Spring Park”, There have been hundreds of reports of paranormal activity from Woodchester Mansion, and the variety is nearly as extensive. The most recognised ghost is that of a man believed to have been a stonemason. He is a short man who has been seen many times in a doorway by the chapel. He does nothing but gaze up at the ornate windows.