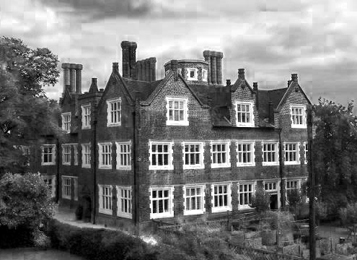 Kent Paranormal will be attending an event run by Spooksavers at Eastbury Manor in Barking, London on June 27th 2015. The land on which Eastbury House now stands was once part of the demesne of Barking Abbey. It was built in the 1570s by a wealthy merchant Clement Sisley, who purchased the land after the dissolution of Barking Abbey. It was probably the first brick built building in the area at that time; it had glass windows and very high chimneys, indicating the wealth of the owner. Glass was probably imported from Italy as at that time English glass was relatively poor in quality. A dendrochronology survey dates the timber roof to 1566 and there is documentary evidence which describes the dates 1572 carved in the brickwork and 1573 on a lead water spout indicating finishing touches to the building. Recent research has shown that in the early 17th century the house was in the occupation of a Catholic family with close family connections to some of the principal conspirators of the Gunpowder Plot of 1605. Reported hauntings and paranormal activity at Eastbury Manor; Flashes of light have been experienced when groups of people have been sitting in the attic, doors being opened and closed with nobody around and ghost of a young girl walking around the building has often been seen by young girls and women but for some reason, rarely seen by men, this has not yet been explained.