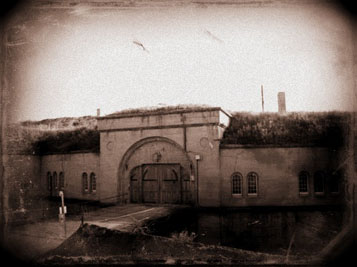 Kent Paranormal will be attending an event run by Spooksavers at Fort Horsted in Chatham Kent on April 18th 2015. Fort Horsted is the largest fort out of the five that were constructed to increase Chatham`s defences against the territorial ambitions of France and Germany. The construction began in 1880 and was completed by a convict labour force from the newly-constructed Borstal prison. The work was supervised by the Royal Engineers.This Fort is constructed in the shape of a six-sided arrow head, each flank was protected by machine guns in the counter scarp galleries. The Fort would have been home to approximately 400 men and women. Fort Horsted has been investigated by American Paranormal Celebrities GAC (Ghost Adventures Crew) as part of their UK Investigations. GAC also investigated the Hellfire Caves while over here in the UK.