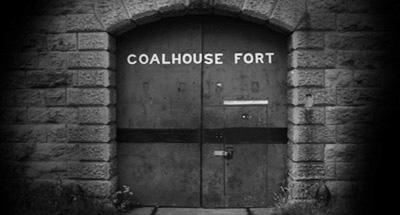 Kent Paranormal will be attending an event run by Spooksavers at Coalhouse Fort on December 6th 2014. Coalhouse Fort was constructed between 1861 and 1874, the Fort cost an estimated £130,000 to construct and its main purpose was to defend the Thames from a threat of invasion by France. Additional Forts were also constructed on opposite sides of the Thames in Kent and Cliffe. Coalhouse served as a coastal defence against attack during WW1 and WW2. During WW2 it became a Monitor Station to help protect shipping from magnetic mines that were being deployed in the Thames estuary. There are hundred of years worth of history full of dread and misery to this unique location that makes it a hotspot for paranormal groups and investigations. There have been reports of dark shadows of soldiers lurking around the corners of the dark tunnels, strange mists and lights captured, footsteps heard from the corridors, and objects being thrown without warning.