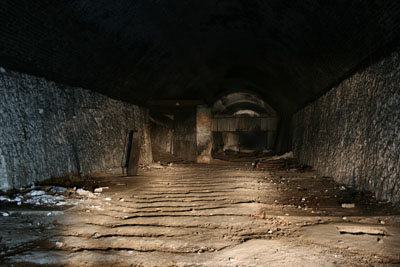 Kent Paranormal will be attending an investigation conducted by N.I.G.H.T. The Northamptonshire Investigative Ghost Hunting Team. They are to be the first ever paranormal group to be allowed into these dark atmospheric tunnels. Originally built for the railway in 1863 and converted to a major air raid shelter in 1939, they are steeped in history, from fatal train crashes to those who sheltered in fear during the bombings unaware of what awaited them above, the tunnel system evolved into an under ground city with over 1,000 people taking up permanent residency there during the wartime. As the second World War approached, Ramsgate Borough Council embarked on ambitious but controversial plans to create a network of Deep Shelter tunnels linking to a former Railway Tunnel which would provide shelter for 60,000 people. Despite initial resistance from government the plan was finally given the go ahead and the network was formally opened by The Duke of Kent on 1st June 1939. Stories of life in the tunnels abound; from the dark days of war when part of the system evolved into an underground city with over 1,000 permanent residents to the exploits of later urban explorers who couldn’t resist the temptation to explore the unique atmosphere of the “Wind Tunnels”. 75 years later the tunnels are again open to the public. His Royal Highness The Duke of Kent very kindly agreed to reopen the tunnels with an official ceremony almost exactly 75 years after his father did in 1939. This ceremony took place on the 27th May 2014.