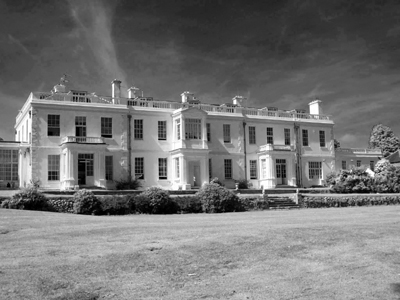 Kent Paranormal will be attending an event presented by Spooksavers at Barham Court near Maidstone Kent on Saturday 07/12/13. Barham Court is a fine old house in the village of Teston, Kent.It was once the home of Reginald Fitz Urse, one of the knights who murdered Thomas Beckett in Canterbury Cathedral in 1170. As a result of that deed, Fitz Urse fled to Ireland and the manor passed into the ownership of his kinsman, Robert de Berham. The de Berham family (now called Barhams) became one of the great families in Kent. But at the end of Elizabeth I’s reign, the property passed to Sir Oliver Boteler and his wife, Anne. The Botelers (later they changed their name to Butler) were Royalists and Barham Court was sacked by Cromwell’s New Army during the Civil War. William Butler, their son, was imprisoned in London for his support of the Kentish Royalist Petition of 1642, which indirectly led to the Battle of Maidstone 1648. The house was very badly damaged in a fire in the 1930s. Paranormal activity that has been reported includes children’s voices being captured on sound recorders along with footsteps of running up the stairs. People have also reported cold spots that cannot be explained and when in the basement they feel as though they are being watched.